"Click To Pray" 2.0 is an updated digital app that can be downloaded on iOS and Android platforms 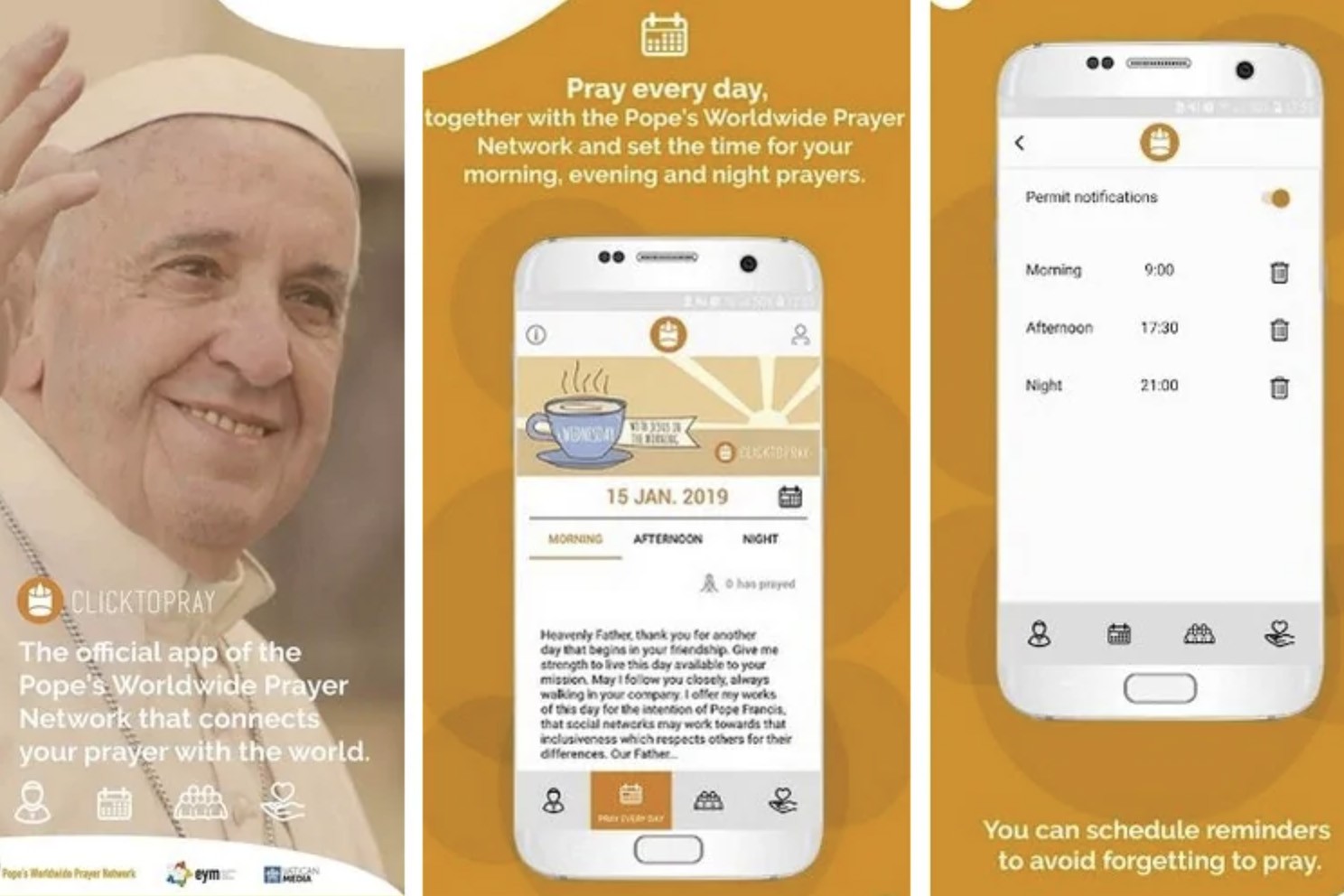 The Vatican this week relaunched the pope’s mobile prayer app “Click To Pray” for use in the synodal process that was recently started by Pope Francis.

“Click To Pray” 2.0 is an updated digital application that can be downloaded on iOS and Android platforms, said a report on Vatican News.

Launched by the “Pope’s Worldwide Prayer Network,” the app offers users a variety of specific propositions to pray together with Pope Francis on a daily basis, and support the synodal process.

The updated app was launched on Tuesday, October 19, in the Holy See Press Office.

Jesuit priest Frederic Fornos, international director of the “Pope’s Worldwide Prayer Network,” said the “Click to Pray” app aims to become a place of personal encounter with the Lord and to build a worldwide community of digital prayer.

Monsignor Lucio Ruiz, Secretary of the Dicastery for Communication, said one of the lessons learned from the pandemic is that “the digital culture has much to offer” in reaching out to people “wherever they may be.”

Bettina Raed, international coordinator of “Click To Pray,” said users will now be able to organize their own personal prayer planner, configuring their moments of prayer for each day.

For those who are not familiar with the app, it features the option of receiving notifications and a wide choice of content for prayer at any moment of the day.

Available in seven languages, “Click To Pray” aims to provide a bridge between generations by promoting interaction among users, said the Vatican News report.

It also includes a teaching tool for experiencing prayer at a more profound level.

The report said “Click to Pray” has so far reached over 2.5 million users on all continents, allowing more than 400,000 users to pray together with Pope Francis for his prayer intentions.