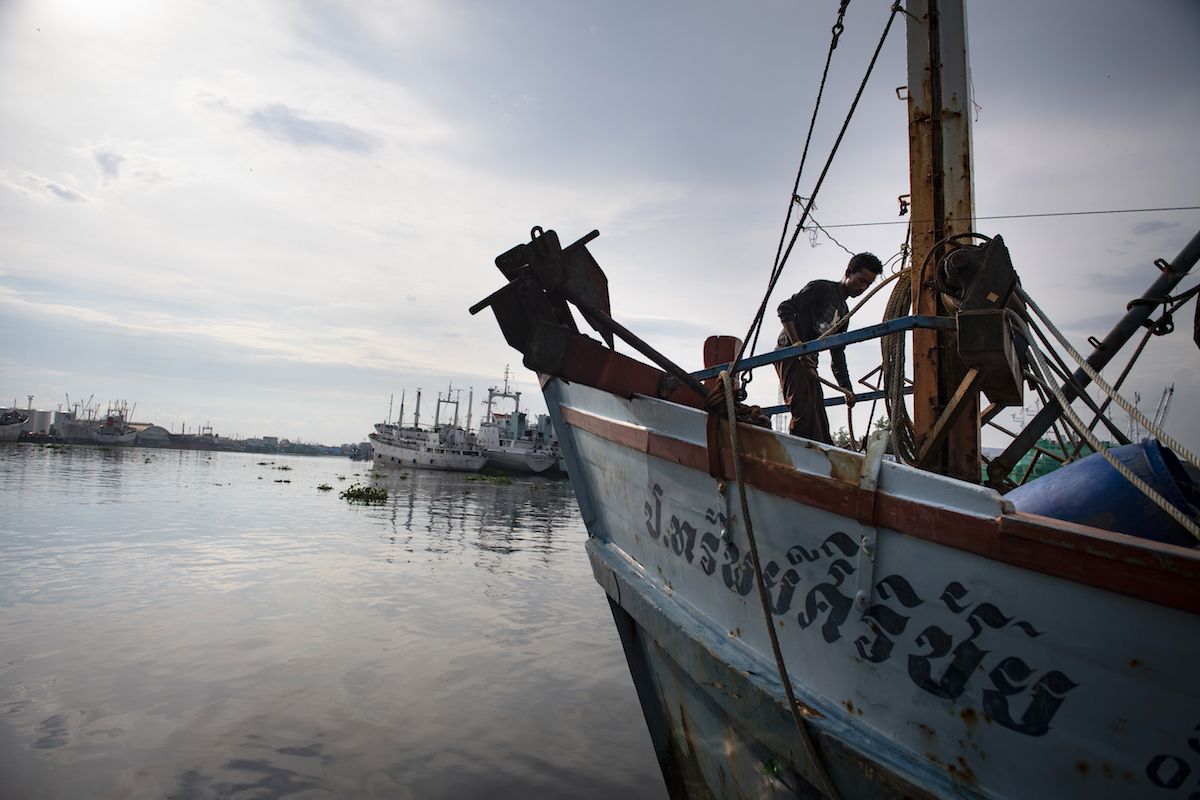 Poor migrant workers from neighboring Cambodia, Myanmar and Laos have poured into Thailand, accepting often dangerous jobs on fleets that are forced further out to sea because of depleted fishing grounds closer to shore.

Four years after slavery, beatings and starvation were exposed on fishing fleets in Southeast Asia, forcing governments to reform the multi-billion-dollar industry, unscrupulous practices are still common, according to activists.

Fishermen are trapped by large debts owed to their employers, and enforcement of the new reforms meant to protect the workers are lacking, those helping fishing crews in Thailand said.

“The situation is better than before, but some workers are not receiving wages owed, and forced labor is still happening outside national waters,” said local labor rights activist Patima Tungpuchayakul.

The concerns come as a new movie “Buoyancy,” released in Australia in September, shines a fresh spotlight on the industry. It tells the story of a Cambodian boy who sets out to escape his family’s rural poverty but later discovers he has been sold by a broker. Trapped at sea on a Thai fishing trawler, he witnesses violence, torture and murder.

Watch the trailer for “Buoyancy” below:

Although fictional, the feature film by Melbourne director Rodd Rathjen includes experiences of characters based on interviews with slavery survivors. A series of screenings in remote Cambodian villages are reportedly planned to raise awareness of the risks.

Thailand, one of the world’s largest exporters of seafood, has long relied on cheap labor to support its vast industry that supplies global supermarkets with everything from canned tuna to frozen prawns.

Poor migrant workers from neighboring Cambodia, Myanmar and Laos have poured into the kingdom, accepting often dangerous jobs on fleets that are forced further out to sea because of depleted fishing grounds closer to shore.

Investigations by media and rights groups in 2015 found thousands of workers were often forced or tricked into working on fleets around the region, trapped at sea for months where they were starved, whipped and forced to work until they dropped.

Thailand introduced a raft of measures to crack down on the industry, after revelations of the high-sea horrors prompted the EU to threaten to ban the kingdom’s exports and the U.S. warned that it was not doing enough to tackle human trafficking.

Workers under the age of 18 were barred from the industry, contracts were introduced, fines increased, and an electronic transfer system required for payment of wages. Inspections of boats were stepped up, and satellite technologies were required on trawlers, so crew could contact families from sea.

But rights groups say problems persist, including debt bondage in which workers must pay off thousands of baht owed to bosses or middlemen before receiving wages. The government launched a new registration process for migrant workers as part of the reforms, so they can receive the same labor rights as local hires. But employers are hitting workers earning as little as 10,000 baht (USD 330) a month with registration fees and other hidden costs, trapping them in the workplace.

“The prices are inflated and often workers don’t know how much the fees really are, or what their rights are,” Tungpuchayakul, co-founder of the Labour Rights Promotion Network Foundation, told LICAS News.

Chonticha Tangworamongkon, director of the Human Rights and Development Foundation, which provides legal aid to migrant workers, said the process needed to be more transparent.

Workers also complained of middlemen or bosses confiscating their ATM cards, under the new electronic payments system, blocking access to their accounts, other activists said. Instead, bosses used the cards themselves to distribute wages in cash.

Tungpuchayakul said she was also concerned about government inspection of boats after they returned to shore, saying she feared some were procedural, focusing only on correct paperwork.

“They don’t question or speak with workers to see if anything happened to them at sea. And the workers are too scared to say anything if bosses are there,” said Tungpuchayakul, who featured in a 2018 documentary “Ghost Fleet” about workers trapped in slavery in the industry.

The Thai government says it is working hard to halt worker exploitation and insist they’re committed to long-term reform. “We expect all migrant workers to be properly documented and to be treated with equality and dignity under Thai law,” labor ministry official Nakorn Wanpimool said recently.

Seafood companies have also introduced new recruitment practices and other efforts to clean up the industry that employs more than 600,000 people in Thailand, many of them migrants. Some 3.9 million migrants from surrounding nations work in Thailand, according to the International Organization for Migration.

But a recent report underscored the difficulty facing reformers given that vessels often operate outside national waters, where regulations maybe lax. Fishing in remote waters for long periods, far from authorities, also raised risks for crews, the report by the Environmental Justice Foundation said. Released in June, the report detailed cases such as slavery, physical abuse and murder on vessels in 12 countries, including an Indonesian man recruited onto a Taiwanese longliner, who was beaten and abused and died on board four months later.

Illegal fishing, driven by declining fish stocks and increased demand for cheap seafood, increased the risks of slavery, since the vessels are already trying to avoid detection and inspection.

Practices such as trans-shipment, where the mother ship stays at sea, and use of flags of convenience compounded the problem, making it more difficult to investigate suspected cases of abuse, the report said.

“Trans-shipment is often linked to other crimes (such as) people crime and drug smuggling,” the U.N.’s Special Envoy for the Ocean, Peter Thomson, told this reporter in an interview.

“Illegal fishing is a curse.” 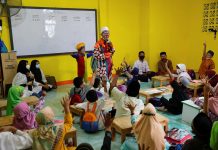 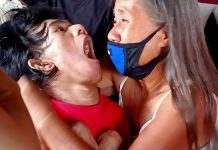 In southern Philippine village, a mother faces all odds to care for her children 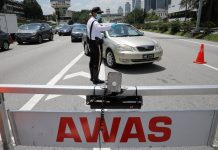