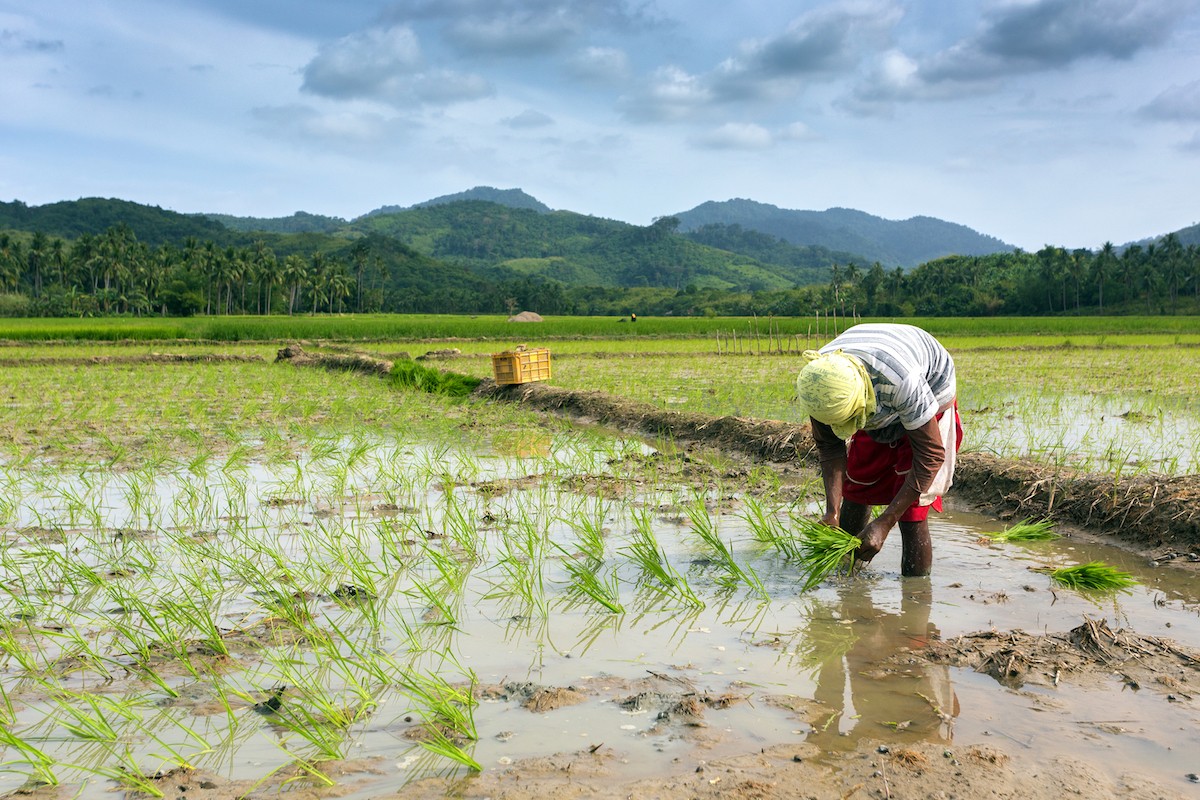 Filipino farmers launched protests across the country on Nov. 20 against a law that allows the unlimited importation of rice, a Philippine staple, into the country.

On the eve of the scheduled protests, President Rodrigo Duterte apologized over what he described as the economic losses experienced by farmers.

He ordered the suspension of rice importation in an apparent move to subdue the anger of the farmers and to avoid what he describes as possible “riots.”

“If there is no more food, people will get troubled, then riots will follow,” he said during a late evening briefing in the palace on Nov. 19.

The president said he is stopping the importation of rice “because it is harvest time.”

Earlier this week, however, Duterte insisted that the country needs to import rice to avoid a “food crisis.”

Farmers in at least 30 provinces, however, pushed through with the demonstrations “to help the public understand the hardships that we are suffering at present.”

They said they also want to express our “disenchantment and frustration over government’s failure to address the crisis at hand.”

Rice, being the country’s most important staple crop, accounts for about 20 percent of the gross value added of Philippine agriculture.

Data from the Food and Agriculture Organization noted that the country’s rice industry employs 2.5 million households.

“Local farmers supply up to 95 percent of the country’s rice requirements,” said Jansept Geronimo, spokesman of the farmers’ group Katarungan.

He said the welfare of rice farmers and the rice industry is “crucial” in ensuring the food security, economic well-being, and political stability of the country.

In March 2019, the national government removed the quantitative limits on the country’s rice imports and replaced it with tariffs.

“The law not only ‘tariffied’ rice at a rate that unfairly caused huge losses in farmers’ incomes. It also unilaterally liberalized the rice industry,” said Geronimo.

Since January, over three million tons of imported rice entered the country, more than double the its import requirements, and making the Philippines the world’s top rice importer this year.

The flood of imported rice brought about the steep and continuous decline in prices of local rice harvests from 23 pesos (US$0.45) per kilogram in September 2018 to only 15.50 (US$0.30) pesos last month.

Geronimo said it represents a 33 percent drop in prices and farm incomes. “Field reports indicate that the actual situation is much worse,” he said.

“Every peso decline in prices means taking away 19 billion pesos (US$373 million) from the pockets of small farmers,” said Geronimo.

The farmers’ group estimated that total losses of farmers for 2019 alone could reach 140 billion pesos or US$2.7 billion.

“This is more than ten times the damage wrought by [Super Typhoon] Haiyan to the agriculture sector in 2013, and it is all man-made,” read the statement from the farmers’ group.

The farmers claimed that the drop in prices and the losses incurred have resulted in a “brewing socio-economic and humanitarian crisis” in the already poverty-stricken rural areas.

“They may have to stop their children’s schooling. They will find it difficult to feed their families or buy medicine for their sick children,” said Geronimo.

“Many of them may stop farming altogether,” he said.

Farmers in the central Philippine province of Leyte said the government should go down to the farms and “see for themselves our real situation.”

Farmer Lourdes Candaza, 59, said she has a difficult time accessing financial help from the government to improve her rice farm.

“Everything we do and use in the farm comes with a high cost,” said the mother of seven.

She said the government is importing rice because local farms are not competitive.

“But how can we be competitive when we don’t get sufficient support from the government,” said Candaza.

Independent think-tank Ibon Foundation has criticized the government’s move to favor the importation of rice, saying that it “undermines the food security principles of supply stability and affordability.”

Rosario Bella Guzman of Ibon said the government is forcing Filipinos to rely on imports.

She said that while “rice tariffication” will make more rice available in the local market, stable supply is in question.

Only ten percent or less of the world’s total rice production is sold by rice-producing countries to other nations.