An African giant pouched rat named Magawa has been awarded the PDSA (People’s Dispensary for Sick Animals) Animal Bravery Gold Medal for finding at least 39 landmines in Cambodia, making him the first non-dog animal acknowledged for his bravery and devotion in the nonprofit’s history.

Footage filmed in Siem Reap in August and September shows the award-winning rodent with his miniature medal.

It takes up to 9 months to a year to train a rat, which live up to 8 years.

According to reports, the rats prove so useful because their light weight allows them to walk on mines without detonating them, and can be trained to detect chemicals within the explosive element of landmines, so they can ignore scrap metal during their search.

The PDSA, the UK’s leading veterinary charity, presents civilian animals with awards for life-saving bravery and exceptional devotion to duty.

Landmines remain a dangerous reminder of the past for over 60 million people living in 59 countries from Angola to Cambodia.

Cambodia recorded 77 landmine and unexploded ordnance (UXO) casualties (10 deaths) in 2019, up 33 percent compared with the year before, said a report released by the Cambodian Mine Action and Victim Assistance Authority (CMAA) in 2020.

The Belgian non-governmental organisation APOPO is seeking to innovative approaches to tackling these global humanitarian and environmental problems, by training rats to detect landmines for over 20 years. 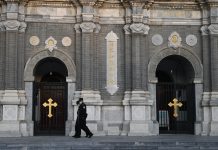 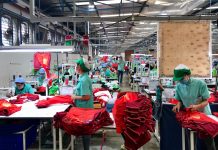 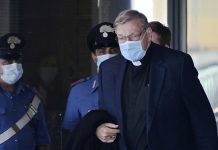