Learning the Kachin language in Myanmar the missionary way

Father Girish Santiago, a Jesuit missionary priest now working in Myanmar, shares with us an excerpt of his book on learning the local language 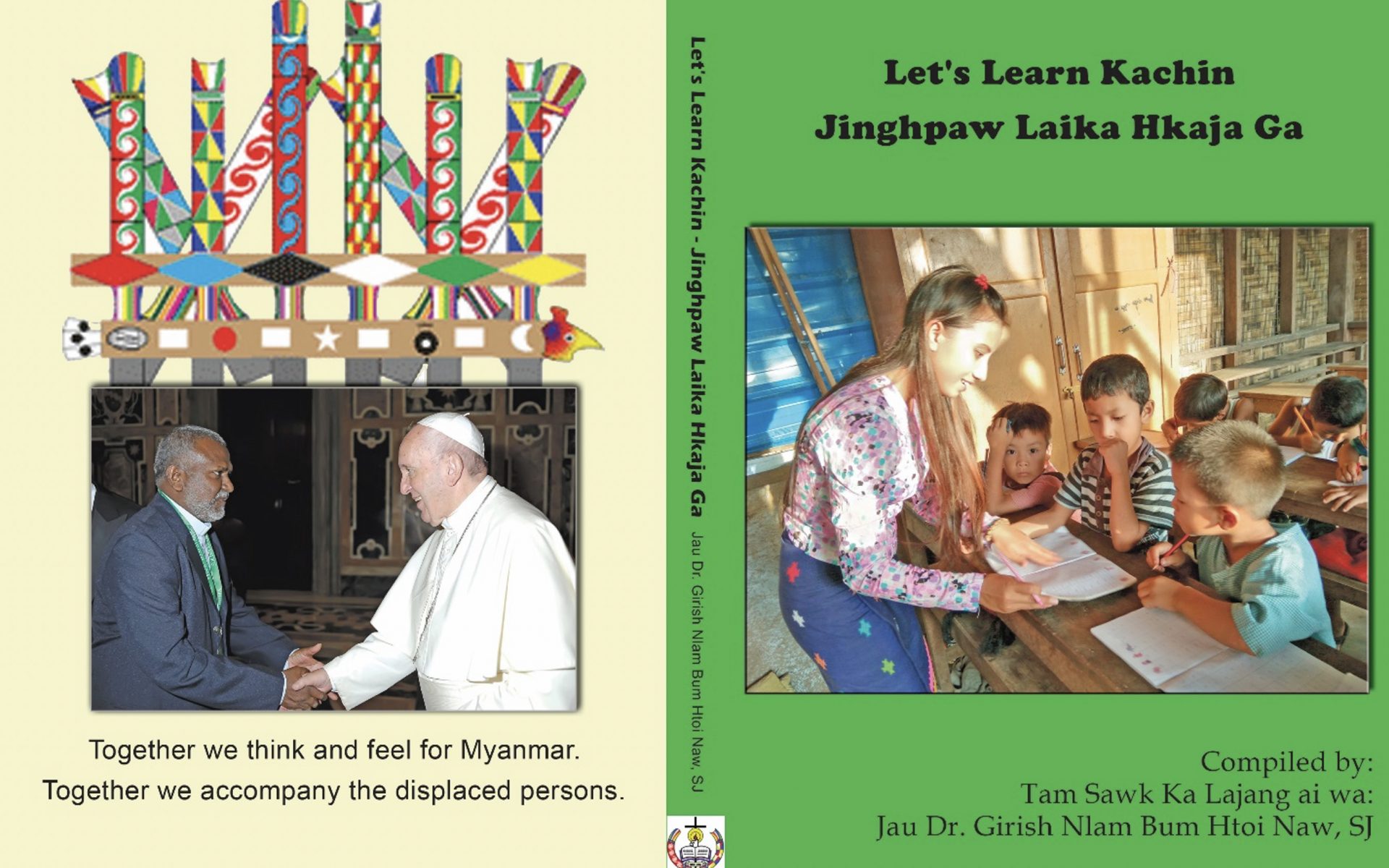 Father Girish Santiago, a Jesuit missionary priest now working in Myanmar, shares with us an excerpt of his book on learning the local language. The book, titled “Let’s Learn Kachin,” was launched on July 31, Feast Day of St. Ignatius of Loyola. The following is an excerpt (edited for brevity) from the introduction of the book.

Learning is an art. From the womb to the tomb humans learn to become better humans. Humans do not live in isolation. Humans live in communities. Collection of communities are formed as a human society. Every community or society has her own culture, custom, and language.

To encounter the uniqueness of other cultures and customs, humans need to learn the language of the other. Through language humans are able to interact with each other and learn the world view of the new group, community, and society.

Hence, learning depends on one’s interest, motivation and determination. This is possible only through the process of insertion, incarnation and inculturation.

With such interest, motivation and determination, I started learning the Burmese language for three months upon my arrival in Myanmar from India on Sept. 8, 2016.

The guidebook for learning was “Burmese for Beginners,” which I found very practical and useful. After the initial learning, I went to Pyapon town in Irrawaddy Region to practice the language.

Interestingly, Pyapon is where my paternal and maternal grandparents arrived from Tamil Nadu, India, and bore my parents in the land of Golden Myanmar – Shwe Myanmar — many years ago.

My parents too, after their marriage, bore my eldest brother and two elder sisters in Myanmar. My own family is from Pyapon and are happily working and forming the children in the Christian faith and secular education.

My father worked with a Chinese businessman and he knew Tamil, Burmese, and Chinese languages. He could even understand basic English because of his business contacts. Thus, they all — the Burma-born Indians and Chinese and Burmese people — lived and worked together in harmony.

Due to the nationalization movement in 1962, the harmonious living and working relationships were shattered, and like many others, my parents too had to leave Burma in 1964 with their three children.

Interestingly, until today we are called in Pallithammam village, where we settled, as “Rangathars” — repatriates from Rangoon, although this was once the village of my paternal grandfather.

Meanwhile, some of my relatives remained back in Burma. It was in such a displaced environment and hard life that I was born on June 19, 1967.

Although my parents left Burma, somehow they always remembered and recalled their golden moments in the country and shared with us the rich Buddhist and Catholic traditions of respecting God and humans and nurturing creatures.

To that extent my father wanted me to learn the Burmese language and he taught me, in his free time. It was a fun learning Burmese words in Tamil. I asked him many questions, and at night, after supper, he would regularly share his fond memories of his Burmese life and works.

Since 1964, we were totally cut off from our blood relations in Burma. What a tragic event it had been! Yet, without losing hope my parents formed us, the three Burma-born and the two India-born boys, to pray, study and serve humanity with full respect and encounter the fullness of life through our life-mission.

As a Jesuit missionary in Burma many years later, I traced back my origin and got reunited with my blood relations. What a joy to know and relate with them in their respective homes in Myanmar! I realized one of my relatives has become Lahpai and has got married with the Maran girl of Kachin ethnic community from Myitkyina.

During my first visit to their residence in Yangon, she started speaking with me in Kachin language (Jinghpaw) and I was delighted to witness the sweet and exuberant expressions. But, I understood nothing. I felt bad for not understanding her native language and not able to converse with her and her children who were eager to speak with me in their mother’s language.

It was that moment that motivated me to learn her language.

While learning we, my Jesuit brothers, realized the lack of resource materials for self-study and group-study. To meet the initial need for Jinghpaw learners, I started preparing the book along with my regular works within and outside campus.

For nearly seventy years, the so-called Golden Land of Myanmar and the Green Land of Kachin State are burning and bleeding.

The COVID-19 pandemic and the military coup have paralyzed the democratic development of the nation. Various ethnic armed forces are in conflict with the national armed forces.

Peace is at stake. We hope for a peaceful and reconciled Myanmar — with the ethnic and all Myanmar born citizens.

Regional law in Indonesia’s West Sumatra hit for being discriminatory

The rosary: common myths and facts

Photos: ‘Furry love’ on feast of Saint Francis of Assisi