With the presence of Jesus at the beginning and end of the Christian calendar, the whole year is sanctified, or Christified. Thus, there is no such thing as a fortunate or bad date.

However, Christ’s kingship is totally different. Christ is not sitting on a throne but hanging on the cross. If the throne symbolizes status and comfort, the cross represents the renunciation of both. Christ as king is not served but made Himself a servant of all.

He is not wearing a royal robe either, but only covered with a piece of cloth. His crown is not embroidered with precious stones, but with thorns. His fingers are not embellished with jewels; only his palms are pierced by nails.

He is not surrounded by an army, but tormentors. He is not in the company of dignitaries but finds Himself in-between convicted robbers. He is not giving orders, but under sentence.

People do not pay homage to Him, but instead, treat Him with contempt. He receives no gift other than a taste of sour vinegar. He does not condemn but forgives.

He is not only a ruler at one time, but the king of all times, in heaven and earth. Viva Cristo Rey! Hail, Christ the King!

The above text — that accompanies the video — is by Father Elias Ayuban, CMF. 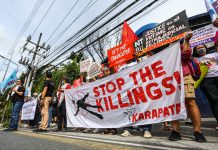 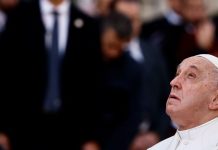 Pope calls on Catholics to entrust themselves to Our Lady, prays for peace in Ukraine 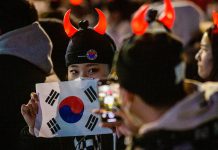 17 going on 16: South Koreans to get younger on paper

Pope calls on Catholics to entrust themselves to Our Lady, prays...

17 going on 16: South Koreans to get younger on paper