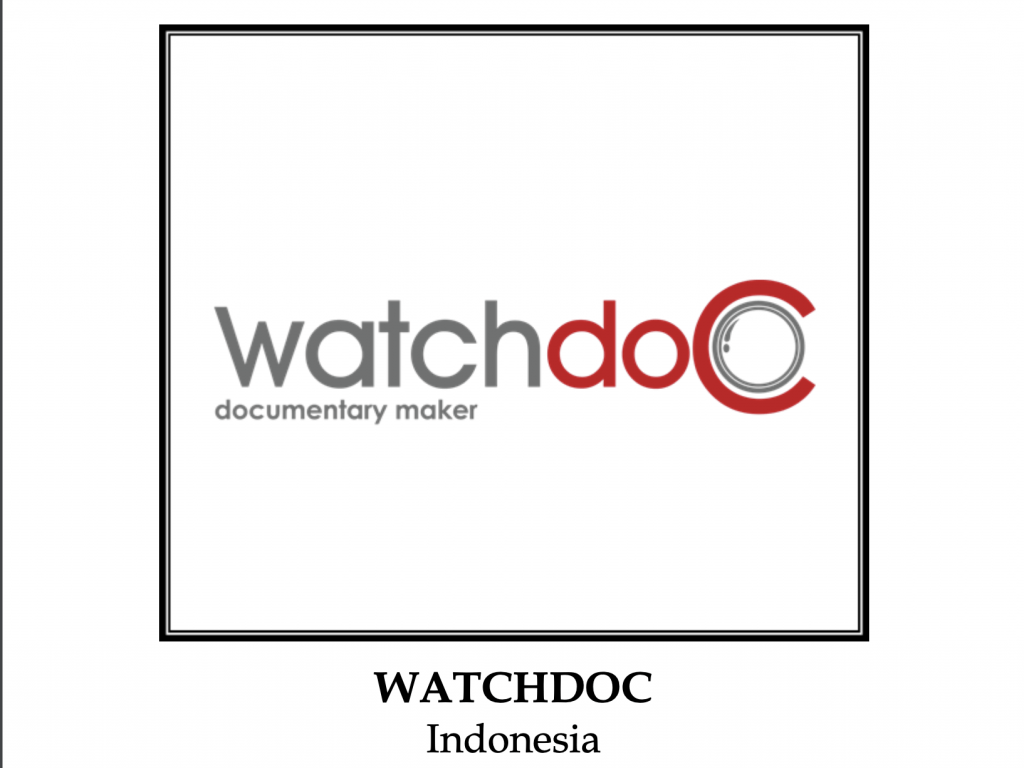 “Asia’s Nobel Prize” cited an Indonesian media outfit this year for its work in promoting democracy through its investigative stories and documentaries.

For its “commitment to a vision of the people themselves as makers of media and shapers of their own world,” the media venture WATCHDOC MEDIA MANDIRI is this year’s recipient of the Ramon Magsaysay Award for “Emerging Leadership in an Organization.”

WATCHDOC is a film production company that produces documentaries that address human rights, social justice, and environmental issues in Indonesia.

The production company is known for its credible and well-researched films that place the spotlight on issues that are underreported in the archipelago.

The Magsaysay Award Foundation noted that a “great part of WATCHDOC’s influence is the credibility it enjoys because of its reputation for journalistic integrity.”

“They have refused bribes or partnerships with known violators of human rights and environmental laws,” read a statement from the award-giving body.

“It sticks to basics, doing strongly-researched, fact-based, quality work,” it said, adding that the media group has built a constituency “by staying close to its audience.”

WATCHDOC is one of the first Indonesian film production companies to have used an alternative distribution model, through partner NGOs and video-on-demand through YouTube, to reach a wider audience.

To date, the company has produced more than 150 documentaries available on its two YouTube channels.

The group’s 2019 documentary “Sexy Killers” has amassed a total of 36 million views as of July 2021. Its latest film titled “The EndGame” has been shown in almost 1,000 communities throughout Indonesia.

WATCHDOC is also starting to pioneer the WatchDoc School, which provides journalistic workshops and training for institutions and students.

The media outfit combines the tools of investigative journalism, documentary filmmaking, and digital technology to create public awareness of issues such as human rights, social justice, and the environment.

The private audiovisual production company was incorporated in 2011 by Dandhy Laksono and Andhy Panca Kurniawan, both with journalism backgrounds and a passion for social causes.

Laksono and Kurniawan dreamed of an independent, people-based, and socially responsible media.

The media outfit draws its material and themes from issues of public concern that have not been treated adequately in mainstream media or presented from a people’s perspective.

With a permanent staff of 15 people, the organization taps non-traditional and emerging platforms.

By using its independently-produced advocacy films, WATCHDOC builds a robust audience through offline distribution, social media, and other alternative channels including partnerships with non-government organizations to screen films in remote, indigenous communities.

WATCHDOC cultivates logistical and funding support through collaborations and cross-subsidies with similarly-minded groups and institutions.

In less than a decade, the media organization was able to produce and distribute over 150 film titles that average two hundred thousand viewers per video. Eight of its documentaries have each attracted more than one million views. – data provided by the Ramon Magsaysay Award Foundation

Failing to protect our Common Home