Pope Francis called upon all Americans to promote national reconciliation and protect the democratic values rooted in their society in the wake of the deadly riot at Capital Hill on Jan. 6.

“Dear brothers and sisters, I offer an affectionate greeting to the people of the United States of America, shaken by the recent siege at the Congress,” Pope Francis said after the Angelus on Jan. 9 in the above Vatican News video.

“I pray for those who lost their life — five — they lost it in those dramatic moments. I reiterate that violence is always self-destructive,” the pope said.

“Nothing is earned with violence and so much is lost. I exhort the government authorities and the entire population to maintain a deep sense of responsibility, in order to calm souls, to promote national reconciliation and to protect the democratic values rooted in American society,” he said.

“May the Immaculate Virgin, patroness of the United States of America, help keep alive the culture of encounter, the culture of care, as the royal road to build together the common good; and I do so with all those who live in that land.” 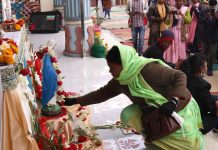 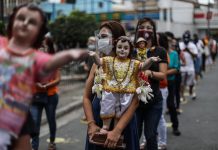 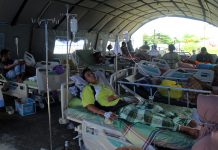