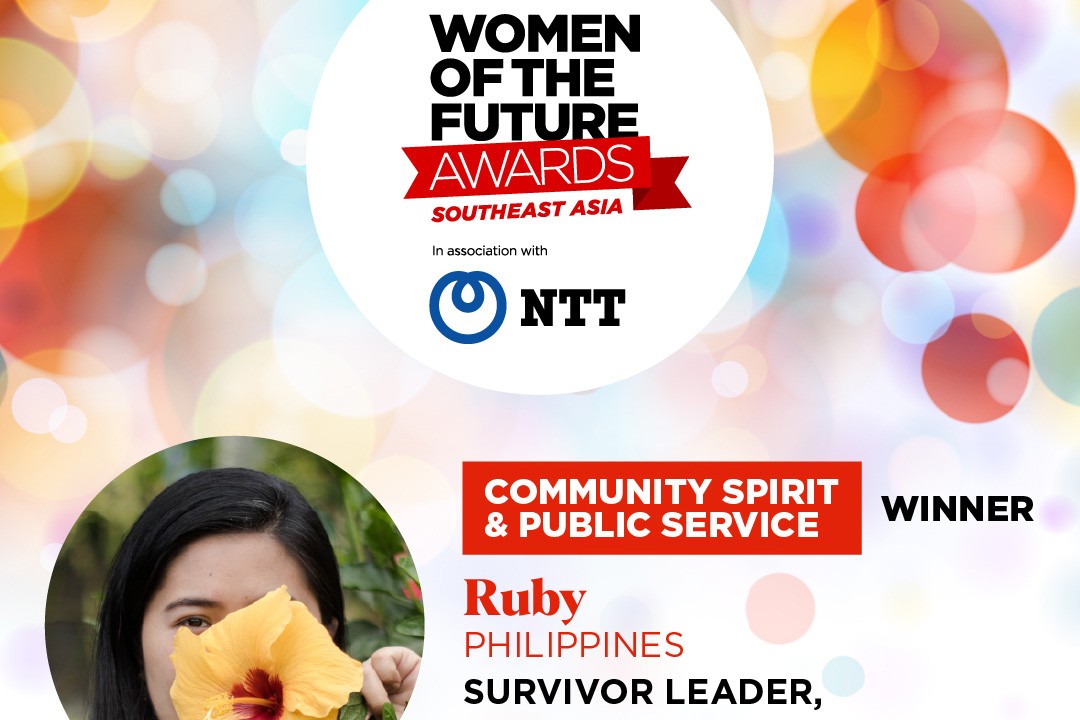 A 24-year-old survivor of online sexual exploitation was among the recipients of the “Women of the Future Award” in Southeast Asia this year.

Ruby, not her real name, received the award for the Community Spirit and Public Service category “for using her voice to help fuel a global movement to end the online sexual exploitation of children.”

“I will use every ounce of passion and strength that I have to continue being an advocate against online sexual exploitation of children to the ends of the world until the day that all captives are free,” said Ruby, who has become a survivor leader and advocate.

The International Justice Mission (IJM), a global organization, said Ruby has contributed to advocacy and awareness efforts by speaking to local and global media and through social media campaigns.

Ruby’s story of rescue and restoration is highlighted in the recent Global Threat Assessment (GTA) Report by the WeProtect Global Alliance, an organization that brings together experts from government, the private sector, and civil society to protect children from sexual exploitation and abuse online.

“Noting the increasing scale of child sexual exploitation and abuse online, the GTA Report recommends greater regulation to make online environments safer for children, deployment of online safety tools by tech companies, and increased investment in law enforcement, among others,” said IJM in a statement.

“This is a reminder that greater global and national collaboration is needed to protect children through sustained whole-of-society approaches, including more effective and resourced justice systems,” said Tanagho.

IJM provides case studies, consultation, and other data that helped formulate the GTA, drawing from the organization’s experience working alongside the Philippine government and other organizations to combat trafficking of children.

Since 2011, IJM has assisted Philippine authorities in more than 250 operations, leading to the rescue of 858 victims and the arrest of 301 suspects of online sexual exploitation of children.

While most of the survivors are undergoing therapy and other trauma-informed interventions, 199 have already completed rehabilitation programs and reintegrated back to the community, including Ruby.

Fear and defiance for families of Philippine drug war dead