In the above video, Pope Francis sends a message to the people of Bangladesh who mark two occasions on March 26 — the centenary of the birth of Sheikh Mujibur Rahman and the 50th anniversary of the South Asian country’s independence from Pakistan.

“Bangladesh is a young state, and it has always had a special place in the heart of the popes, who from the start have expressed solidarity with its people, sought to accompany them in overcoming initial adversities, and supported them in the demanding task of nation building and development,” says Pope Francis who visited the country in 2017.

“As you mark the 50th anniversary of your independence, I renew my firm conviction that the future of the democracy and health of the political life of Bangladesh are essentially linked to its founding vision and to the legacy of sincere dialogue and respect for legitimate diversity that you have sought to achieve over these years,” the pope says.

Bangladesh declared independence from Pakistan on March 26, 1971 and fought a brutal conflict against the Pakistani military and supporting militia that lasted till December that year. It is unknown how many Bangladeshis died during the conflict, but independent researchers believe that between 300,000 and 500,000 were killed while the Bangladesh government puts the figure at three million.

In the video the pope calls upon young people in Bangladesh “to devote yourselves anew to working for peace and prosperity for the noble nation that you represent.”

“I ask all of you to continue in your work of generosity and humanitarian outreach to the refugees, the poor, the underprivileged and those who have no voice,” he says.

“I join all of you in thanking God for the many blessings bestowed upon Bangladesh over these years,” he adds.

The pope also pays his respects to Sheikh Mujibur Rahman who was Bangladesh’s first president.

Pope Francis says that Mujibur “promoted a culture of encounter and dialogue, marked by wisdom, insight and breadth of vision.”

Considered the “father of the nation,” Mujibur — and many of his family and staff — were assassinated in 1975 by political foes while he was serving as prime minister. Sheikh Hasina, the country’s current prime minister, is his daughter. 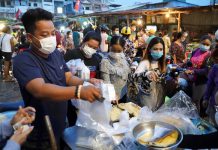 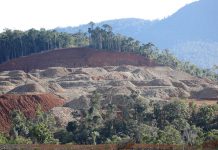 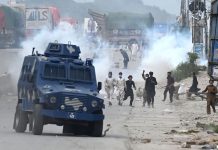