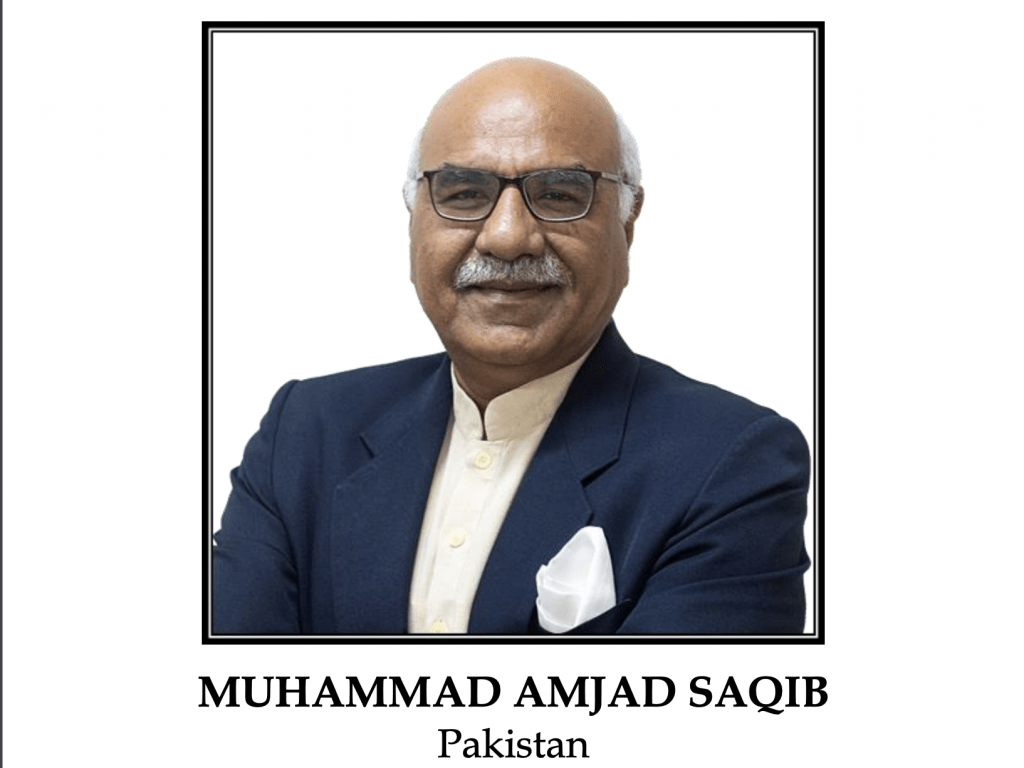 An organization and its founder are breaking fresh ground in the fight against poverty in Pakistan.

“Until a poverty-free society has been created, we won’t let go. As long as there is an element of good and empathy in society, Akhuwat will continue,” said Muhammad Amjad Saqid, 64, founder of “Akhuwat,” literally “brotherhood” or “sisterhood.”

Saqid is one of this year’s recipients of the Ramon Magsaysay Award, dubbed as Asia’s Nobel Prize, for “his intelligence and compassion that enabled him to create the largest micro-finance institution in his country.”

The Award noted Saqid’s “inspiring belief that human goodness and solidarity will find ways to eradicate poverty and his determination to stay with a mission that has already helped millions of Pakistani families.”

Saqib has worked as consultant on social development for Pakistan’s government and various international development organizations.

In 2001, he invited a group of friends to present to them his plan for a first-of-its-kind interest-free micro-finance program. His friends expressed interest and support for the project and funds were raised.

Two years later, “Akhuwat” was formed and its first branch opened in Lahore.

According to the Ramon Magsaysay Foundation, “Akhuwat” is a “concept and philosophy … an approach to poverty alleviation” that Saqib introduced based on the values of the Islamic teaching of “Mawakhat,” that is, “if one has a loaf of bread, half of it rightly belongs to a person who has none.”

Saqib embraces the idea that charging interest or “riba” on a loan is “un-Islamic,” hence the practice of the “benevolent loan,” which was already at work in Islamic societies.

“We just institutionalized it,” said Saqib whose institution uses places of worship for loan disbursements, saving on costs and instilling the sense of trust, responsibility and community that a mosque, church, or temple creates.

It also promotes volunteerism among staff and clients and aims at transforming borrowers into donors. It fosters diversity and inclusion, serving all, irrespective of religion, caste, color, and gender.

Today, “Akhuwat” is the largest micro-finance institution in Pakistan, offering a package of loans for the poor. It has distributed 4.8 million interest-free loans amounting to the equivalent of US$900 million, helping three million families, with a remarkable 99.9% loan repayment rate.

Its phenomenal growth has fueled the organization’s social support programs in fields like education, where, in partnerships with government and others, Akhuwat has “adopted” hundreds of neglected and non-functioning public schools and established four residential colleges for poor and deserving students.

“Akhuwat” runs a health services program, helping hundreds of thousands of patients, a “clothes bank” that has distributed more than three million clothes for the needy, and a program of economic, health, and psycho-social services for the discriminated transgender community.

During the pandemic, “Akhuwat” responded with emergency loans and grants, food relief, and other assistance in over a hundred cities in Pakistan.

The Ramon Magsaysay Award said Saqib succeeded “not only because of his expertise in the field but because “he embraced the work of helping the poor as a call to faith.”

“Empathy and optimism in human goodness are central to his work,” noted the award-giving body.

“Akhuwat is a philosophy. It is now a mission of millions,” Saqid was quoted as saying. – with data from the Ramon Magsaysay Foundation