Detained Christians in China charged for attending conference in Malaysia 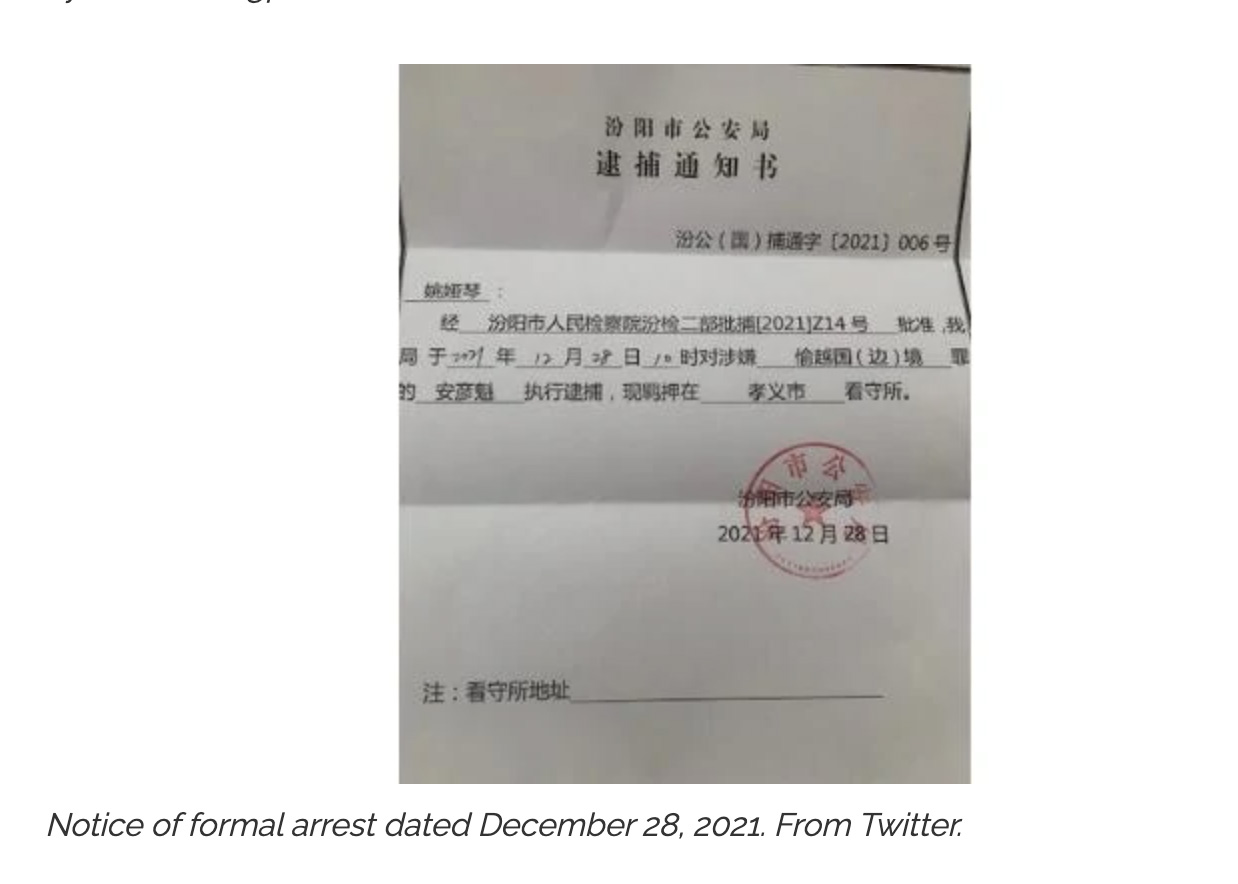 At least seven detained Christians in Shanxi province in China have been formally charged late in December for attending a conference in Malaysia in 2020.

On Dec. 28, 2021, Chinese authorities formalized the arrest of An Yankui and Zhang Chenghao and other five defendants during arraignment proceedings in Fenyang.

The detained pastors and laymen went to Kuala Lumpur to attend an event organized by well-known evangelist Tang Chongrong.

Tang Chongrong is a well-known Chinese overseas evangelist and missionary, and the founder of the Tang Chongrong International Mission. Tens of thousands have attended his rallies and seminars, and more have read his books.

In an earlier report, rights group International Christian Concern (ICC) identified one of those arrested as Zhang Ligong who was detained on July 13, 2020.

The man was released after serving a 15-day “administrative detention” on July 28 but two of his co-workers who went to pick him up were arrested on the spot.

Police arrested from their homes the other Christians who went to Malaysia to attend the “KL2020 Gospel and Culture” Christian conference.

“It is a shame that the Chinese government constantly manipulates laws to violate the religious freedom of its citizens,” said Gina Goh, ICC regional manager, in a statement.

She said that since the “Revised Regulations on Religious Affairs” of China took effect in February 2018, the government has added more laws seeking to curb religious activities that are not state-sanctioned.

“Beijing is paranoid about Chinese Christians’ interaction with Christians overseas,” said Goh, adding that authorities as penalizing Christians “to deter them from ‘receiving foreign influence.’”

According to the ICC, the Xuncheng Reformed Church in China has been “heavily targeted” in recent months, including constant harassment and the detention of a preacher and several members.

Reports of persecution of Christians have become more frequent in recent years, including the demolition of churches and the arrest of religious leaders. – with a report from Bitter Winter