Surfshark said that globally, six out of 10 children with ages between eight and 12 are exposed to cyber risks online 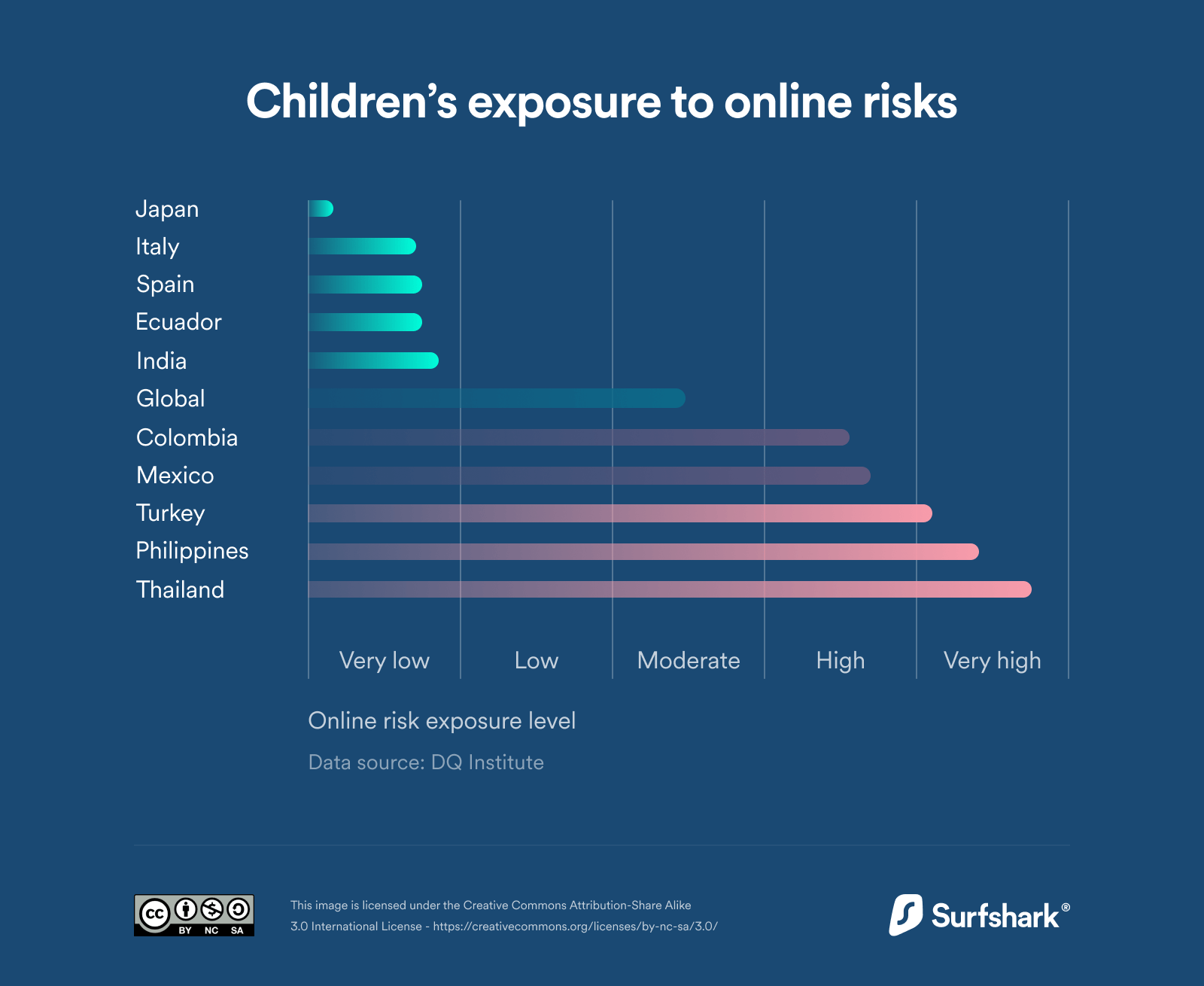 A study done by cybersecurity company Surfshark said children in these countries, together with Turkey, are most exposed to online threats. In contrast, children in Japan, Italy, and Spain have the lowest exposure globally.

A media statement released on April 26, said the study shows that Thailand ranks third from the bottom in children’s ability to cope with online risks, following only Uruguay and Saudi Arabia.

Managing exposure to online risks and developing abilities to cope with them have become increasingly important nowadays, said the Surfshark’s study, which found that six out of 10 children with ages between eight and 12 are exposed to cyber risks online.

In addition, one in two children encounter cyberbullying, and close to one-third experiences other cyber threats such as phishing or hacking.

The number of cybercrimes against children steadily grew each year by five to nine percent, but sharply spiked by 144 percent in 2020, after roughly one billion school children worldwide were relocated online for remote learning.

“Through this study, we can see that educating children about cyberthreats plays a massive role in them knowing how to deal with any problems that may arise online,” said Aleksandr Valentij of Surfshark.

Interestingly, the study shows that low and lower-middle-income countries have better online safety education than the rich ones.

Should the Church require a year of marriage prep? Catholic formators...

Next World Meeting of Families to be held in 2028

An examination of discipleship

Pope Francis’ message to families at the World Meeting of Families...